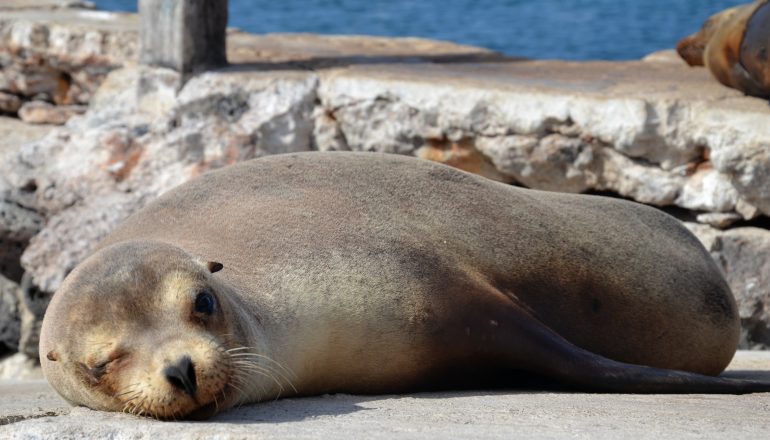 Everyone who has read about Charles Darwin and his theory of evolution might have, most certainly, heard about the Galápagos Islands too. The Enchanted Islands, as they are also known, belong to Ecuador and are located approximately 1.000 km off the Ecuadorian coast, amidst the Pacific Ocean. These volcanic islands are famous for their endemic species: in the course of evolution, natural selection took place and the animals adapted to the unique conditions of each island. Let’s have a closer look at some of the endemic animals which you can find on Galápagos:

The tortoises found on the Galápagos Islands are the largest in the world – males can reach up to 1.8 meters and weigh more than 250 kg! Different islands are home to different types, which shows us again the importance of evolution. On Santa Cruz Island for example, tortoises have a quite round shell. On Isabela Island though, tortoises developed a notch in the shell behind the neck. As plants are growing higher there, this helps them to lift their heads and be able to reach the higher branches. If that is not amazing, tell me what else is it?

The stunning marine iguanas live both on land and in the sea and are endemic to the Galápagos. While being in the water, they usually look for food and eat; while being on land, they are resting and mating. I always thought that they look like small dinosaurs. Their black bodies sometimes show patches of other colors, especially during mating season. Thanks to conservation programs, populations are increasing. Marine iguanas can be found on many islands, for example on Santa Cruz, Isabela, Floreana, San Cristobal, or Fernandina.

The sea lions are Galápagos’ largest animals, with males reaching a weight of up to 250 kg. They are usually found in groups, with one dominant male and a couple of females. On many islands, you can find them lying around on the beaches, on the docks, or even on park benches!

Thirteen of the twenty-two endemic species of land birds are Darwin’s finches. Studying those finches, Darwin realized that each of the species has a different beak, varying in size and shape, depending on their specific diet. These observations helped him to develop his theory of evolution and natural selection.

This one is the only penguin found north of the equator and it is one of the smallest of its kind. The average Galápagos penguin is 50 cm tall, and males are usually a bit taller than females. Due to its small population and increased El Niño phenomenon, it is quite endangered. You can find the penguins mostly on Fernandina and on Isabela Island.

The animals mentioned above are just a few examples, the list goes on and on, but we wouldn’t finish this article naming all of them. It’s a great start though to give you an insight into the unique flora and fauna of the Galápagos Islands. Why not making a list with all the species you’d like to encounter during your next Galápagos trip? 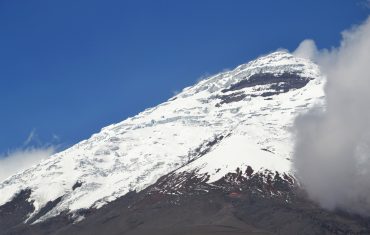